Xavier grew up in Central Pennsylvania and from a very young age was interested in technology, music and video. After graduating high school, he toured with the group Re-Creation, an organization that travels to Veterans Administration Hospitals in all 50 US states. He performed as both a singer and guitar player and managed much of the tech while on tour. After his first tour, Xavier went to Berklee College of Music in Boston to study guitar and music technology. After his second tour with Re-Creation, he married his wife Traci, started Mind’s Eye Audio/Video Productions and in 1997, moved to Virginia where he taught guitar as well as managed Mind’s Eye. 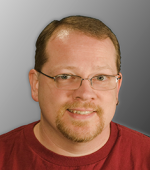 In 2003, Xavier and his family moved back to Pennsylvania where he became Assistant Director at the Uptown Music Collective, a contemporary school of music. While there, in addition to teaching guitar, he developed the AVRA program (Audio Video Recording Arts) which included instruction in most aspects of audio and video production. In addition, he managed most of the technical side of the school which included shooting and recording concerts, as well as developing media for use in the UMC’s large shows, and promotional material. During this time, Xavier also continued managing Mind’s Eye, providing video services for local to national clients alike. In 2011 Xavier accepted the Technical Director position at First United Methodist Church, a large church in central Pennsylvania. There he developed and managed their online service broadcasts, website, & video content for use in online and onsite services. Xavier has worked with numerous large churches around the country in helping them develop their online broadcast presence, technical needs and church installations.

Personal Statement:
It is my deepest desire to share the knowledge and gifts that I have of audio & video production, music and art with others, and to help cultivate their creativeness and expression through these wonderful gifts. 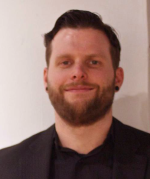